Animals of Angel's Blade (neither real or imagined, but cryptids)

"...it’s a long-time passion of mine. I read the first edition of that book of Heuvelmans’ while I was still up at Cambridge, and it really did it for me.”

“You studied that cryptozoology stuff then?”

Cryptozoology (the study of either animals unknown to mainstream science, or animals found where they shouldn’t be, as Sue Driver tells Sangster), was, in 1970, the preserve of very few individuals, whilst today, with the advent of the Discovery Channel and its spin offs, plus social media of various kinds, cryptozoology gets far more airtime.

My own interest in Cryptozoology started in the early 1980's when I first read a book called 'Alien Animals' (see below). At that time, it seemed to me quite plausibe that unknown animals all over the world were waiting to be found. However, over the years I've seen that, with a very few exceptions (like the King Cheetah, a mutant with a different coat pattern and long thought to be a legend), cryptids invariably end up either proven not to exist or unproven to exist, despite substantial resources having been put into searching for them. 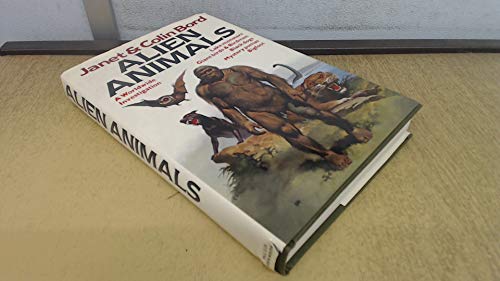 In 1970, therefore, people were far more credulous than they would be today about the likelihood of there being large unknown animals, and the origins of Cryptozoology largely lie in an earlier book Sue Driver shows to Sangster, ‘On The Track Of Unknown Animals’, published in the 1950's by Belgian author Bernard Heuvelmans. 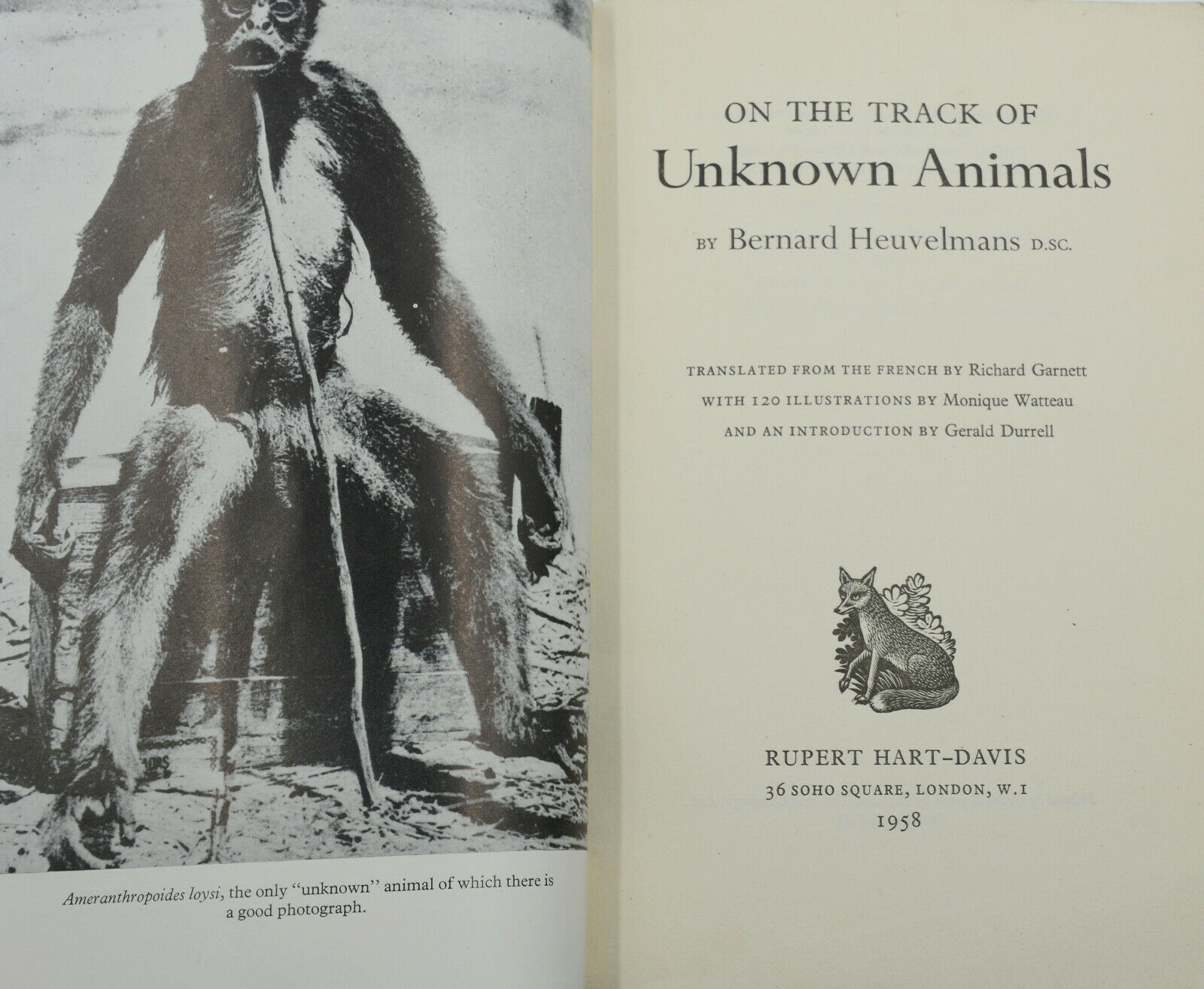 Pages from a 1958 edition of Heavelmans' iconic book, with a photograph claimed to be the dead body of an unknown species of great ape allegedly found in the jungles of South America.

The origins of the Falmouth Bay Monster, or ‘Morgawr’, are hard to pin down. Morgawr may have been a hoax from the 1970’s (perpetrated by a colourful local magician and prankster, who I believe was once heard to say ‘I don’t believe in sea monsters, but I’ve photographed lots of them’). Or... it's just possible Morgawr may be an unexplained phenomenon genuinely sighted by locals for decades or even centuries. Perhaps one day I will have time find out one way or the other. 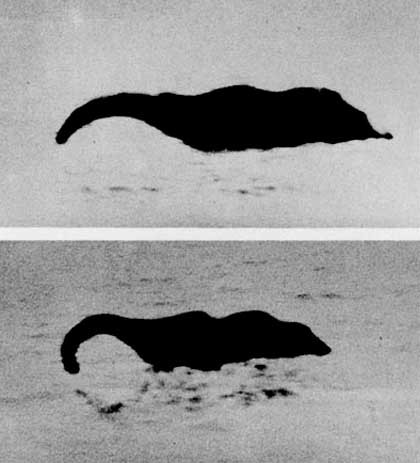 Photo's purpoting to be of Morgawr taken in Falmouth Bay off the beach of Mawnan Smith (a swimming elephant perhaps?).

Black dog legends abound in many parts of Britain, and Cornwall is no exception, with more than one type of black hell hound said to roam the wilds of the county. Such dogs are called either Dandy or ‘Dando’ Hounds, the latter named for their master, a priest condemned to hell. These giant canines are said to run with the Wild Hunt and drive anyone to madness that looks them in the eye. Dando hounds are apparently particularly vocal on a Sunday morning (when Sarah and Sangster see the black panther-like creature on Bodmin Moor), at which time these spectral dogs can be heard baying in search of their lost master. 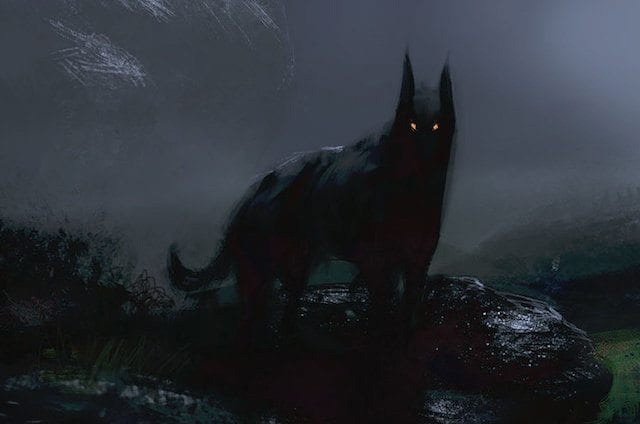 A styalised picture of a Cornish Hell Hound.

The so called ‘Beast of Bodmin’ is an alleged big cat (or cats), roaming wild on Bodmin Moor, popular candidate species being the puma and the leopard. There have been numerous sightings of such animals, and the idea of big cats at large is common to neighbouring Dartmoor and Exmoor as well. As far as I know, despite all these sightings, no hard evidence of such a creature inhabiting the moorlands of Devon or Cornwall has come to light (the nearest was a big cat skull found in a Devon stream that eventually turned out to be from an ornamental leopard skin rug). Sheep killings alleged to be the work of such beasts invariably prove, on closer inspection, to be that of domestic dogs (as Sangster’s vet friend Sam Youd and the angry Bodmin Moor shepherd Sangster and Sarah meet both observe). And whilst people have taken photos and even films in the area purporting to show big cats, none I’ve seen display enough detail or clear sense of scale to be definitive.

A grainy image said to show the Beast. The outline, especially the tail, does indeed look like that of a big cat, but lack of detail, scale references, and defintiion, make it hard to be sure.

Note: I do not own the images within this post and make no claim to them.