Angel had done a stylised pen and ink drawing of a fish, but her fish looked somehow wrong. I stared at its downturned mouth, exaggerated spiky fins, and curved form for a moment before realising it had multiple tails, which when I counted them up (three times as they were tangled together and hard to tally), totalled nine.

This is a detail from the Fal Chart in the 'Angel's Blade Locations (real and imaginary') post in this section, that served as the inspiration for Angel's nine tailed fish tattoo motif. In this detail the fish is accompanied by the Cornish language 'riddle' she cracks so effortlessly, as well as a styalised Standard of Cornwall (the white cross of Saint Piran is traditionally centralised). 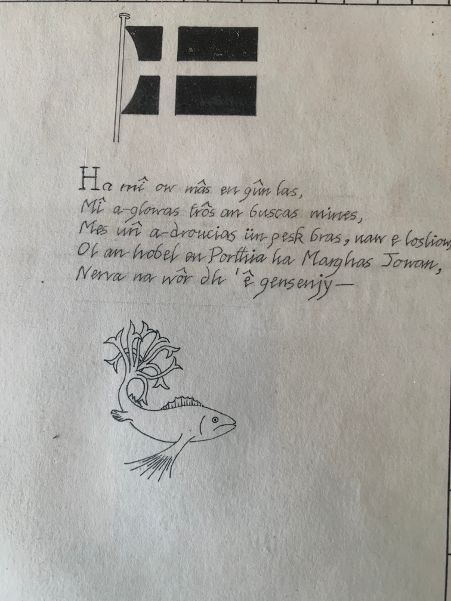